This is a 2006 Accord and we are going to do a drain refill on the engine coolant. 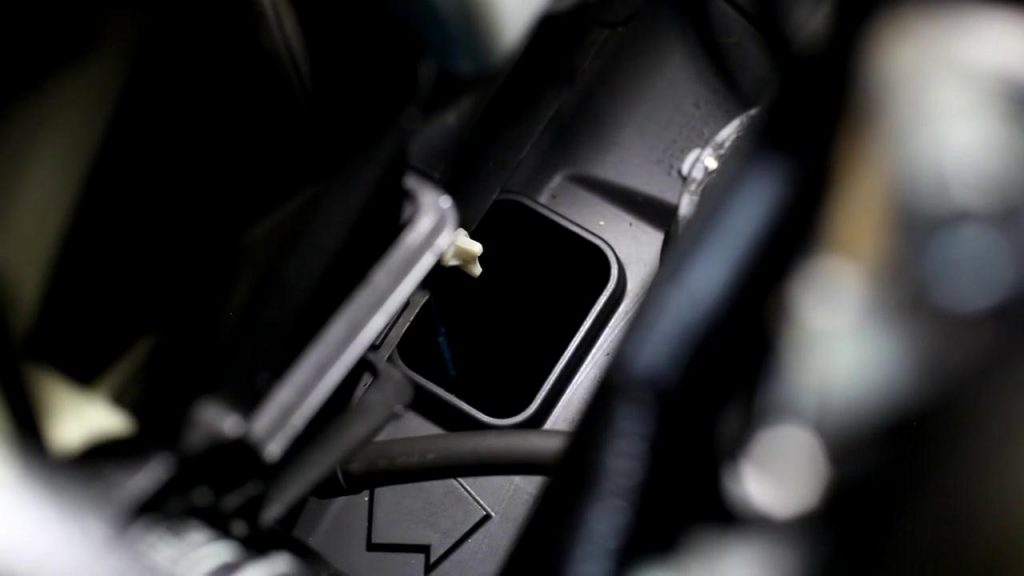 The drain plug is very conveniently located in the middle and has a hole below it. So you can drain into your pan and we’re also going to take off the radiator cap so we can let it fall out better. We took the drain plug out just because it helps speed up the process. When you first open up the plug, it’s probably in a concussion, let it drain for a little bit and then when it slowed down took the plug out to speed it up. It’s just about done so put in the drain plug now just needs to be hand tight.

We have our small adapter or small-cap, we’re going to mount it. We would the radiator cap tighten it down and then that allows us to mount our funnel just going to push in so enough not to leak now we can fill it up. 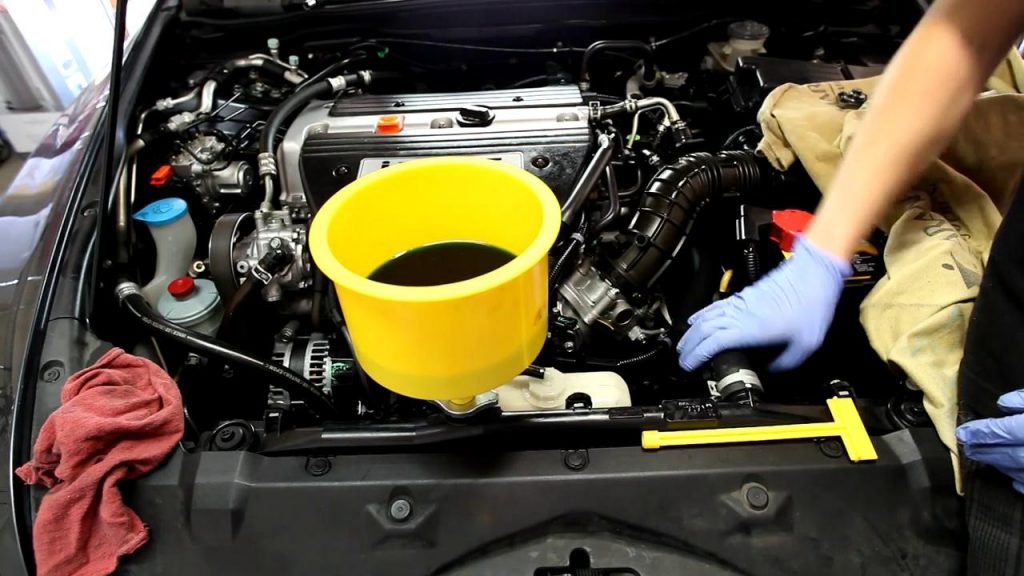 We refilled the Accord with the genuine blue Honda coolant, then what we’re going to do is we’re going to run the engine. Because right now we have our overflow going, they get sucked into the engine, once it’s running and once the thermostat opens and the coolant is flowing through the engine.

It’s going to clear out any air bubbles when the fan kicks on. Then you turn on your heater which when you first start the engine have all that, turned off have the heater, a lot of stuff and then but once a fan kick in turn on the heater. Let the coolant flow into the heater cord, it should be full, you plug up if you have this cool funnel. 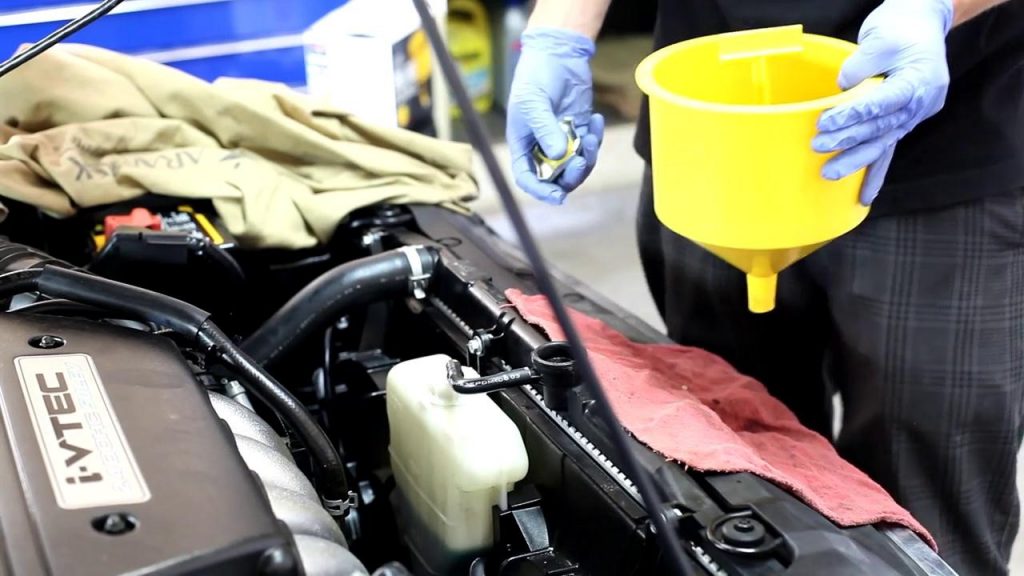 As engine run, I’m going to squeeze that upper radiator hose shove the plugin. Then we can remove our excess coolant and then we’re going to remove our adapters. Before we’re done, we’re going to top off the reservoir to the full mark and replace the radiator cap and we’re done.